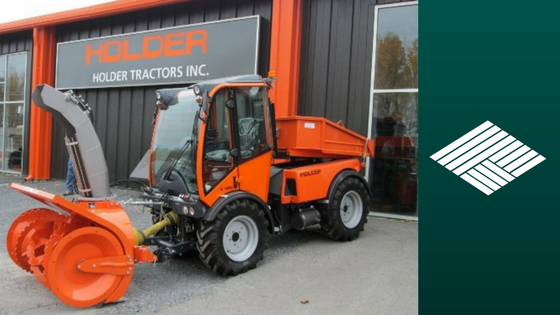 The Section 179 IRS tax deduction has been overhauled for 2018.

The deduction limit was raised to $1 million, which allows business owners to buy more equipment (new or used), while getting a tax break from the IRS.

Section 179 lets business owners deduct all (or part of) the cost of equipment that is purchased or financed and put into use before the end of the year.

The only stipulation is that the equipment must qualify for the deduction. The increase came into law through the Tax Cuts and Jobs Act (H.R.1) enacted in late 2017. The bill allows businesses to depreciate 100 percent of the cost of eligible equipment that is purchased or financed. The new tax law is effective through 2022.

Financing Equipment With The Section 179 Deduction

Paul Simcheck Jr., co-owner of Meadowbrook Acres Sod Farm in Brighton, Mich., claimed a Section 179 deduction in 2017, and plans to take advantage of the law’s new provisions in the future.

“We have all kinds of equipment for snow removal, but this one was unique,” Paul said. “The tractor has a sweeper in front and a salt spreader in the back. It’s been super important for us to have because otherwise we wouldn’t be able to have the contract with the arena.”

Paul test-drove the tractor in early December and, after obtaining equipment financing with Stearns Bank, was using it a week later. Paul contacted account manager Jenny Wood at Stearns Bank about financing after working with her extensively in the past.

“We got everything financed before the first of the year, so we were able to use Section 179 for it,” Paul said. “We’ve used Section 179 for the past five years or so. We’ve used it for semis and trucks that we’ve needed.”

Before using Section 179, Paul didn’t know much about it. He learned more conferring with his tax professional and they moved forward after learning his purchases qualified for the deduction.

“The stipulations are very hard to qualify for, but we stumbled upon it and we qualified,” Paul said. “I know we’ve saved more than $100,000 using it. You have to be careful using it, but the next year your payment is 100 percent profit because the equipment has depreciated down. We got about $25,000 back on our most recent purchase using it.”

Paul admits that using Section 179 can be tricky, but used the proper way it can deliver big benefits for a small business.

“It’s a good way for businesses to get up and running,” he said. “The payments become profits in subsequent years – that’s how you have to look at it. It’s amazing what that does to help get your equipment up and running right away.”

The best news for Paul and Meadowbrook Acres is that the Pistons and Red Wings are very happy with the work he’s doing on their parking lots.

“This was a tractor I had never seen before. There probably are only 10 of these in the entire state of Michigan,” Paul said. “The Red Wings and Pistons have been happy and people have stopped us a few times to ask about the tractor. That’s pretty cool. As long as it keeps snowing, that’s good for business.”

Get More Helpful Tips Delivered to Your Inbox