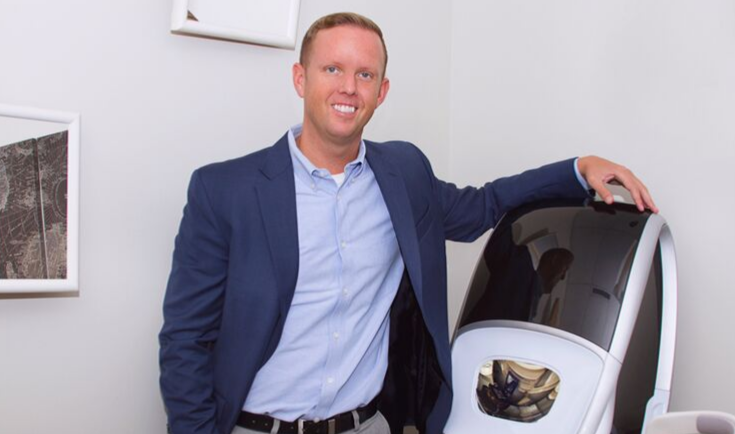 Dr. Tommy Elton knew full well about the increased expense limits and the bonus depreciation available under Section 179 of the income tax code when he decided to finance more equipment in the middle of 2018 through Stearns Bank.

“Knowing that my overall corporate tax liability would be less for 2018, I made the decision to purchase those two digital retinal cameras this summer,” Dr. Elton said. “I can spend more and owe less at the end of the year when you use (Section 179).”

By investing in new equipment for his practice, Elton feels like he was investing in himself in the long term.

“The depreciation is 25 to 30 percent annually. Investing in equipment lets me increase business revenue and decrease all tax liability,” Dr. Elton said. “Although it’s a big cost up front, in the end, it will be a good business decision.”

Using Section 179 on new equipment not only benefited Dr. Elton, but also his patients.

“These cameras take a picture of the entire inside of the eye. It’s a more reliable image to follow in a patient’s disease process,” Dr. Elton said. “It’s an improved diagnostic procedure that allows me to diagnose my patients more thoroughly. It can give me a heads-up on what’s there and what other issues may be coming down the road.”

Dr. Elton, who was named Minnesota’s Young Optometrist of the Year for 2018, admits that the ease of working with Stearns Bank made his decisions to finance equipment on three different occasions that much easier. He was first referred to Stearns Bank by Optos in 2015.

“Sometimes when you’re working with a big bank, they have regulations and criteria that exclude you and you can’t get past that,” Dr. Elton said. “For example, I don’t think Stearns Bank looked at the price of the equipment as much as they said ‘here’s a person looking to grow a business and how can we make this happen for him.’ I know that’s what they were looking at each time.

“Optos said working with Stearns Bank would be a snap – they weren’t lying. I can’t thank Stearns Bank enough for making my life easier.”

Dr. Elton started his first Target Optical practice in 2012 following a year of residency after graduating from the Illinois College of Optometry. He gradually expanded into the eight different locations throughout the Twin Cities.

He previously worked with a large national bank on his equipment financing needs, but found the process cumbersome and slow. That’s why Stearns Bank’s fast approval process and ability to make a quick decision have blown him away.

“It was simple. The paperwork wasn’t overdone and I could focus on my business and let Stearns Bank take care of all the details,” Dr. Elton said. “The attention to detail was there from the beginning and it made the process go so fast. Down the road, when I want to expand or hire new employees, knowing I can invest in more equipment with Stearns Bank makes things a lot easier on me.”