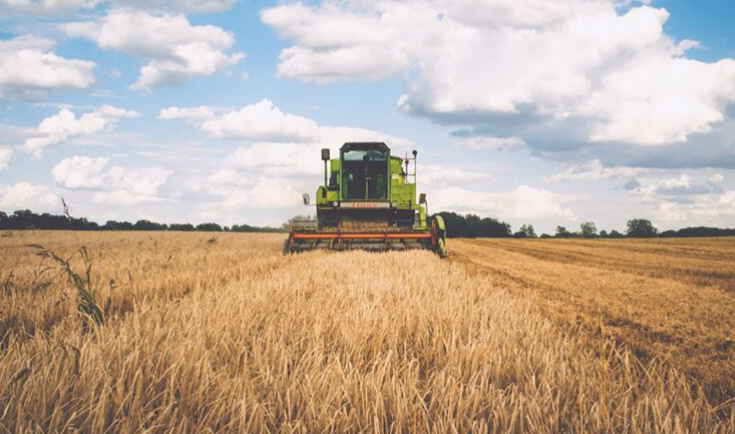 Farmer A needed a new tractor and corn planter for spring planting.

He had cash on hand and an open line of credit with his local bank. He used some cash and borrowed against his line of credit (LOC) to pay for the new equipment.

Later in the growing season, he was roiled by unexpected events: fuel and fertilizer bills came in higher than previously thought. One of his kids was injured in a farm accident and he had to pay high out-of-pocket medical bills. While his kid was recovering, he needed to hire a part-time worker.

Having exhausted his cash savings and LOC on farm equipment, these expenses left him financially strapped. He worried that he may not meet his operating expenses through the summer, or even continue farming.

In another county, Farmer B also needed a new tractor and spring planting equipment. He had an open LOC and cash savings. But instead, he financed the equipment through a lender. Working with his lender, he structured a repayment plan that matched his farm’s cash flow and conformed to his budget.

Farmer B also faced surprise expenses: Some crop inputs were higher than expected, and he decided to have elective surgery that he had delayed. A down payment on his oldest child’s college tuition further strained his checkbook.

These two stories show the importance of financing equipment purchases, while leaving LOC and cash for operational and personal expenses.

“We strongly advise clients to use financing for capital equipment purchases,” says Craig Kern, agriculture account manager with Stearns Bank. “Farmers may need their LOC for seed, fertilizer, chemicals or un-budgeted expenses. You should not use up your LOC for things that can be financed.”

How Farmers Are Weighing Financial Risks

Farm incomes are expected to hit their lowest point since 2006 as a deepening slump in the agricultural economy enters its fifth year, according to the Wall Street Journal.

With farm income down, farmers are striving to conserve cash and budget carefully in the face of rising costs. Credit plays an important role in their financial strategy.

Farmers also must be mindful of managing risk.

“When a farmer finances their equipment, the bank has a security interest only in that piece of equipment,” says Kern. “Using a line of credit, potentially much more is at risk.”

Although the LOC may result in lower payments, farmers should be wary of “tying up” their LOC with capital purchases, Kern adds. “Farmers may need their LOC later for feed bills or crop inputs. Those are things you can’t finance.”

Primus recalled the story of an ag client purchasing equipment in the fall. He considered using his LOC or financing the purchase and decided on an equipment loan.

“When bills came in the spring, he was glad he went with financing, because he had cash available,” Kern said.

The Best Approach To Choose

Choosing the opposite approach — using your LOC for capital equipment — can leave a family farm exposed to cash shortfalls. Unplanned expenses include injury or illness, equipment breakdown and repair, hiring workers and medical bills.

“Leaving your LOC open enables you to handle these unexpected costs,” Kern said.

Financing equipment purchases leaves the farmer’s LOC open and available, reducing exposure to unplanned and potentially disastrous events. Moreover, farmers benefit from working with a lender who has worked on their past financing and is familiar with their needs.

“An ag lender — more than a general banker — understands your challenges and how the equipment fits into your operation,” Kern said. “This understanding enables the lender to advocate for the farmer and process the loan quickly and successfully.”